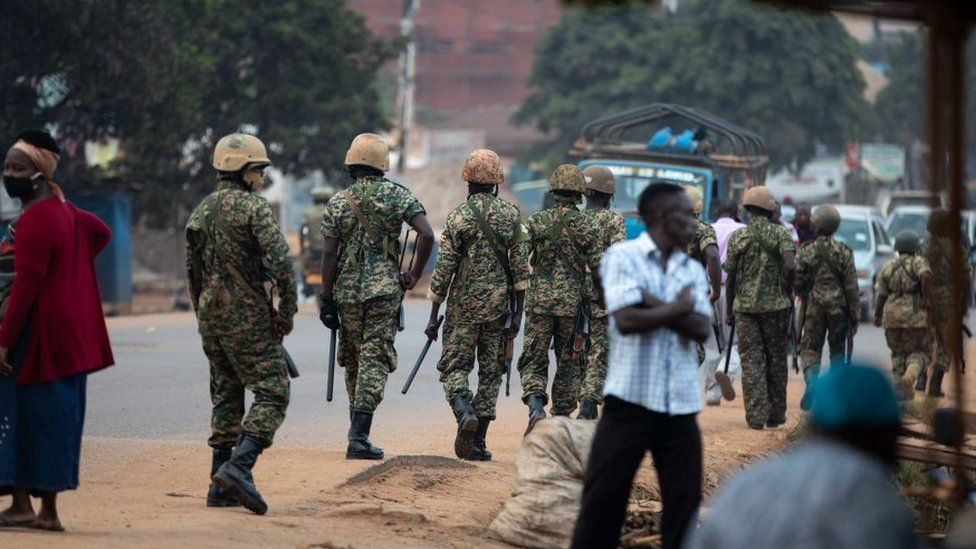 Being one of the youngest countries, Uganda is a twilight generational shift. This means, over 75% of the entire population did not in person witness the military brutality of past regimes. All we have hard are stories of how the military placed roadblocks on roads, set curfews, kidnapped and killed people. At the same time, the state (police and army) used excessive force against her citizens. Well, if you are kin to observe, the latter seems to be as the former. Only that we are living in the period and time, one can say, “it’s not as bad as it was before.”

But before you say that, ask yourself, were you there to ascertain if it’s not the equal magnitude of atrocities committed now as then? I think the problem begins there if it’s to be examined. It’s that same kind of mindset then has built a minute attitude in most Ugandans and as a result, we overlook violations done by our armed forces. From time to time, I have and continually say, “…to think that events of pain infliction by authorities is in isolation; is the same as slowly taking in a poison of ignorance that is killing your body gradually.”

Violence is violence even if perpetrated by those entrusted with the power to keep law and order. What do we do if the security officers are acting disorderly? Arresting, prosecuting or punishing the officers who carried out orders without touching the one who gave the orders is like putting off a bush fire with dry grass. It will always re-carry to the next act. Apologies and promises do not equate to the damages made. So I say, how sure are we it’s not the same as in the past regimes? Are you waiting until it’s you who has been kidnapped?

I see history unfold itself today, I like being in a live playback of my history class, reminding me of how the military regimes of Amin and Obote (as we are told by the current Ministry of Education curriculum) playback today. I refuse to downplay it as a form of building peace, cause to me its meant to be an act of changing and winning hearts but not enslaving the free nature of Ugandans. Banange wakeup fellow Ugandans, and to our leaders, open your eyes. You are doing exactly what you claim to have taken you to the bush.

To a few of our comrades that have a level of benefit in this generation, be careful not to sell your generation out. But rather, stand for justice, just because you are an RDC or hold a public office of influence and power, it doesn’t give you the right to recklessly speak. Instilling fear in people serves as one of the best catalysts for a time boom blast waiting to happen. Let us all revisit all the principles of good governance and have all we do interconnect. Times change, so don’t late the story you are making yield a terrible history that will haunt your entire family generations.

For God and My Country

Open Letter to the Inspector General of Police & Commanders

Why Vote for Wabwire as 2021 UCU Alumni Association Chairperson #Manifesto

Women don’t need to ask for recognition, they have earned it! #BeBoldForChange